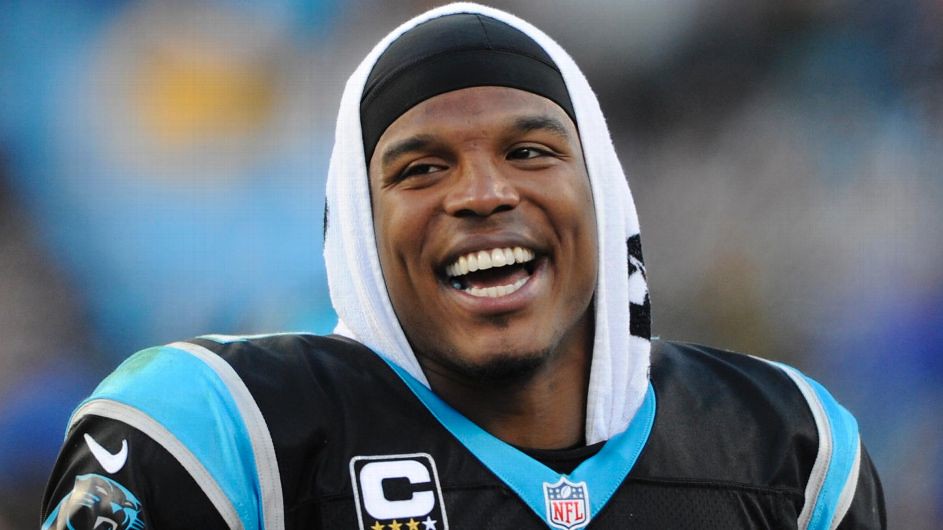 Week 14 is here and that means it’s crunch time!  This is the last week before fantasy playoffs begin in most leagues, making this a crucial week for setting lineups.  But have no fear!  We here at Rest of Season Rankings have you covered with our Week 14 start and sit recommendations.

As always, if there’s a player or game you’d like to get more in-depth coverage on, be sure to check out our Week 14 Preview podcast.  Good luck, everybody!

Start:  Cam Newton (vs. ATL)
The last time we saw Cam Newton was Week 12, and it wasn’t pretty.  He completed 5-of-21 pass attempts for 92 yards and two interceptions.  He also rushed for a touchdown, but that wasn’t enough to stop him from being benched in the fourth quarter.

Coming out of a bye week, and facing the Atlanta Falcons, Newton should fare much better in Week 14.  In addition to giving up the second-most fantasy points per game to quarterbacks, the Falcons are also allowing the fifth-most rushing yards to the position – an area where Newton can exploit.  Newton rushed for a touchdown in all three games he started this season, and I expect that streak to continue this week.  He’s a QB1 for me this week.

Sit:  Joe Burrow (vs. SF)
Simply put, Joe Burrow is throwing less touchdowns.  Through the first eight weeks of the season, he threw multiple touchdowns in each game, amassing 20 during that span.  But since Week 9, Burrow has thrown three touchdowns against five interceptions.  (To be fair, he has rushed for two touchdowns in the past two weeks.)

Burrow’s lack of production through the air is likely the result of the Bengals taking on a more run-heavy approach recently.  With the 49ers allowing the third-fewest passing yards to quarterbacks, there’s no reason to think the Bengals will deviate from the run game in Week 14.  I would look for other options this week, especially in one-quarterback leagues.

Start:  Saquon Barkley (at LAC)
Saquon Barkley has had a season to forget.  After returning this season from an ACL tear, Barkley sprained his ankle in Week 5 and missed four games.  Additionally, his fantasy production has been limited by the Giants’ offensive struggles.  Barkley has a total of three touchdowns this season, and finished with less than 10 half-PPR points in five-of-eight games played.

But in a plus matchup against the Chargers, I’m optimistic that Barkley can have a strong week.  The Chargers are giving up the third-most rushing yards to the position, and have allowed opposing running backs to score a touchdown in all but three games this season.  Additionally, Barkley is involved in the Giants’ passing game.  He saw a season-high nine targets last week, and should continue to be relied upon this week, especially with the Chargers being 10-point favorites in this one.

Sit:  James Robinson (at TEN)
It’s really tough to have confidence in any player on the Jacksonville Jaguars – including, unfortunately, their best player.  James Robinson has a tough matchup this week against the Titans’ stout run defense.  On the season, the Titans give up the sixth-fewest rushing yards, as well as the fifth-fewest fantasy points per game to running backs.  Further muddying Robinson’s fantasy outlook is that he’s been in head coach Urban Meyer’s dog house recently for fumbling issues (two in the past two weeks).  The game has an over/under of just 43.5 points, making Robinson a low-upside play who comes with questionable usage.  I’d steer clear, if possible.

This week’s matchup against the Falcons bodes well for Moore and his resurgence.  The Falcons have given up 15 receiving touchdowns to wideouts, tied for fourth-most.  They also allow the seventh-most fantasy points per game to the position.  Start Moore with confidence this week.

Sit:  Brandin Cooks (vs. SEA)
Generally, Brandin Cooks is the only Texan that you should consider putting in your fantasy lineups.  However, Cooks has less than 60 receiving yards in each of the past four games, to go along with one touchdown during that span.  The matchup against the Seahawks is a tough one, as they allow the fourth-fewest fantasy points to wideouts.  Combine that with the fact that the Texans are last in the league in points scored, and Cooks is a pass this week.

Start:  Austin Hooper (vs. BAL)
The Browns like to utilize all three of their tight ends, which means I generally steer clear of all of them.  But this week, with David Njoku on the COVID-19 list, and Harrison Bryant ruled out with a high ankle sprain, I’m all in on Austin Hooper.

The matchup against the Ravens is a favorable one, as they allow the fourth-most receiving yards and fantasy points per game to the position.  Further, the Browns have been plagued by a lack of pass-catchers this season; and with Hooper leading the team in snap percentage this season (69%), I expect a bump in his volume this week.

Sit:  Noah Fant (vs. DET)
Noah Fant can no longer be counted on as a TE1 (currently, he’s the TE16 on the season, based on half-PPR scoring).  Recently, he’s seen a dip in targets.  He’s seen four targets per game in three of the last four weeks, and hasn’t scored a touchdown since Week 6.  Additionally, the Broncos mix in fellow tight end Albert Okwuegbunam, who averages three targets per game.

Lauren Auerbach is a co-founder of rosrankings.com and co-hosts the Rest of Season Rankings podcast. She also covers fantasy baseball and football at Fantraxhq.com
Prev